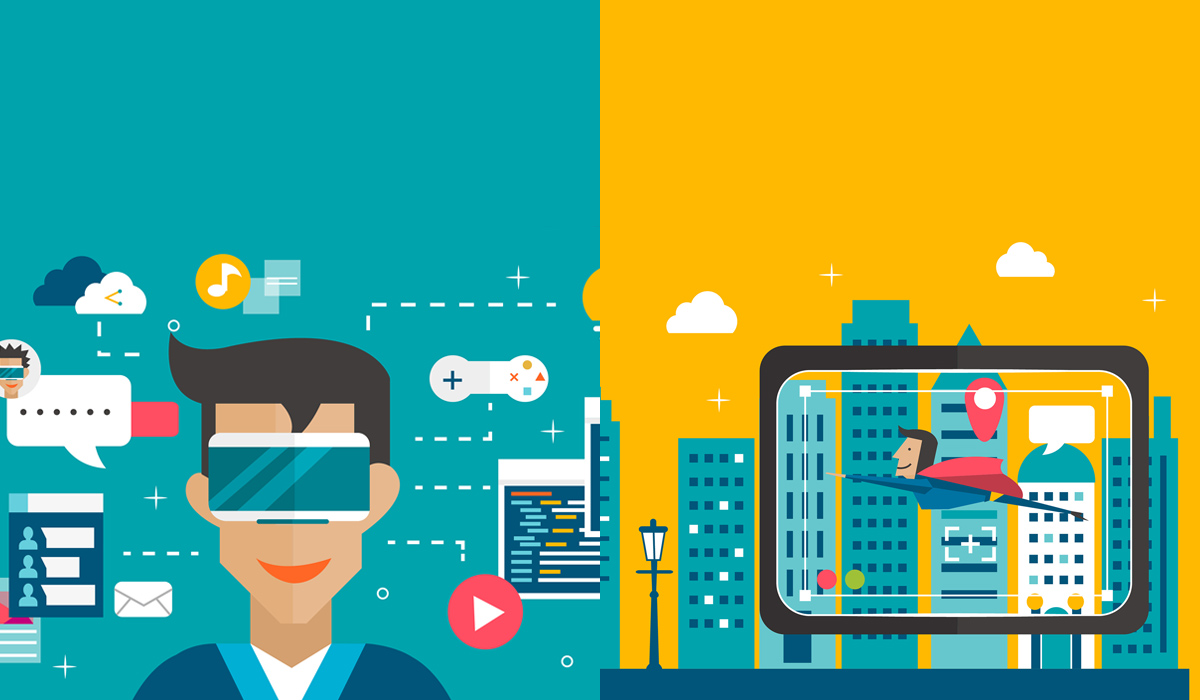 VR and AR became common idioms in today’s technology, not only in gaming; but also in education, e-Commerce, and in digital marketing.

They are meant to enrich our entertaining experience and add a touch of imagination to our reality.

Let us have a close look at Virtual Reality and Augmented Reality.

What are VR and AR?

Though they are complicated technology, their definitions are not complicated, just keep on reading this article:

AR; stands for Augmented Reality, which is a technology that allows digital information and images to be displayed in the real world.

In other words; Augmented Reality (AR) is adding visual elements to the real world through technology.

You may think that they look the same, but they are two different technologies, and here are the differences between them:

2- VR users are controlled completely by the system, while AR users can control their presence in the real world.

4- While VR only improves a fictional reality, AR improves both the virtual and real worlds.

So; in other words, users of virtual reality are submerged in a completely new environment, usually one that was produced and rendered by computers.

While Augmented Reality In order to improve the experience of its users, it overlays virtual data or even a virtual world on top of the already existing real-world surroundings.

Where can you find Virtual Reality and Augmented Reality?

In Vocus, we are updated and using the latest technologies in our digital strategies.

Virtual Reality and Augmented Reality, are here at Vocus, and in case you need to know more; please contact us.